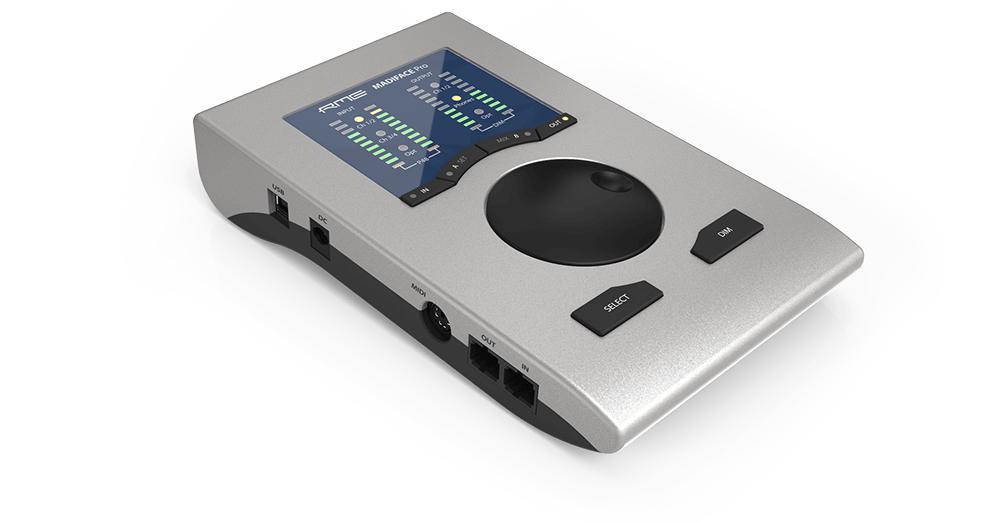 The RME Madiface Pro was launched to much industry acclaim. Now regarded as the new standard in high-end desktop recording, it’s superior sound, build quality and professional connectivity has made it the first choice for producers, engineers and artists everywhere. 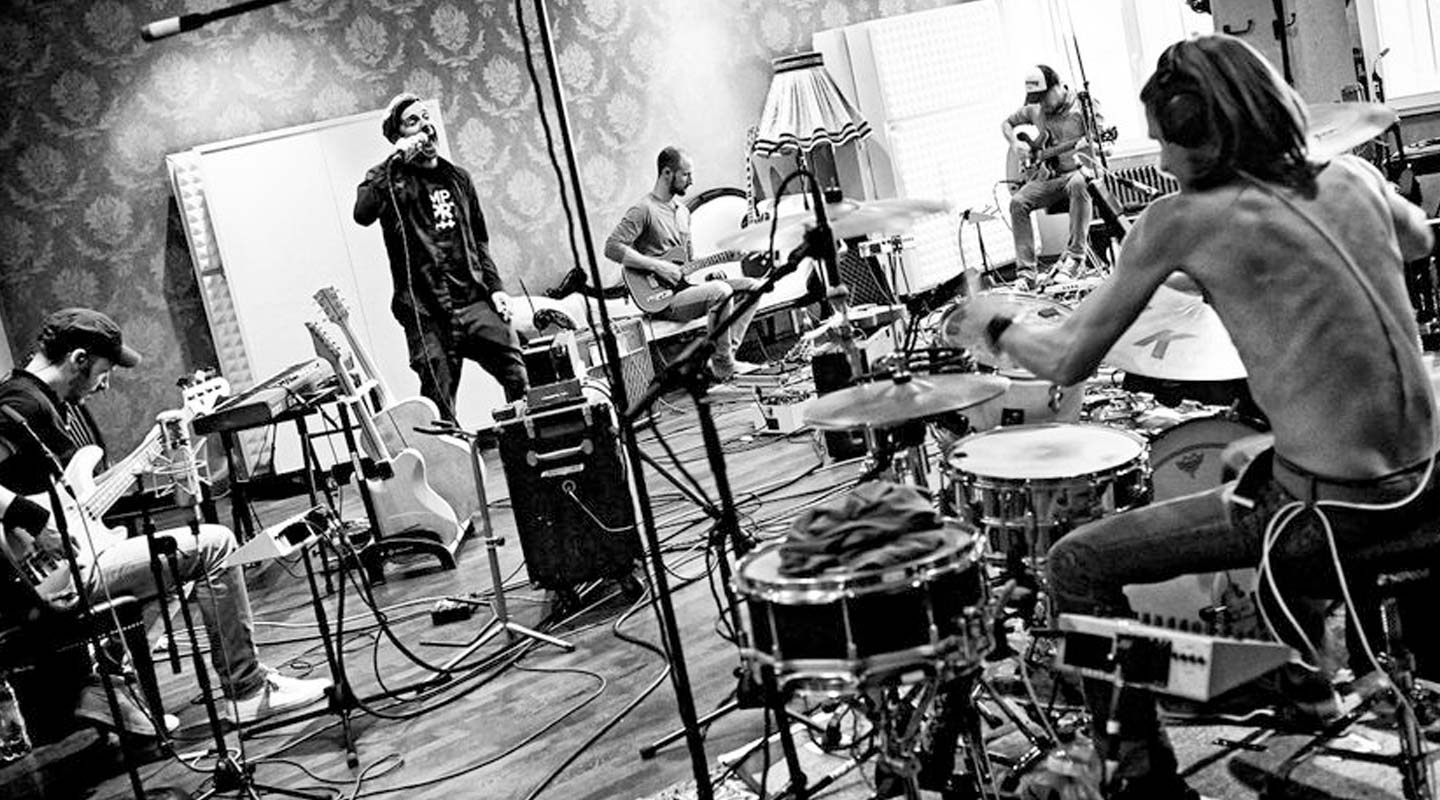 German punk rock big leaguers, Donots, are currently doing the festival circuit in their native mutterland. We spoke to the singer about the punk scene in Germany and their upcoming 1,000th gig. 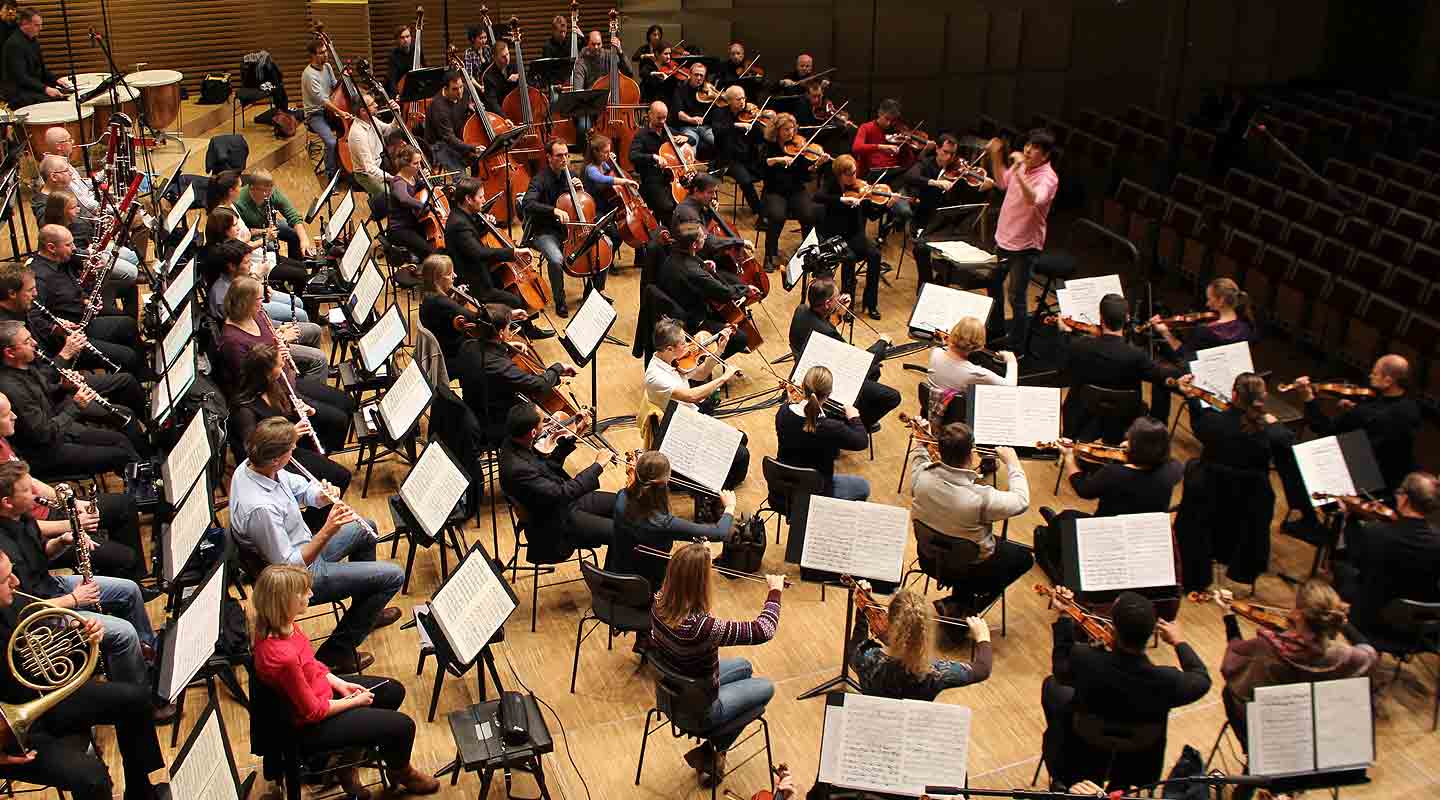 Berlin based company Pegasus Musikproduktion was founded in 2014 by Florian B. Schmidt and Aki Matusch. With first-rate mobile equipment they are producing premium music recordings all over europe.

In 2015 the RME Babyface Pro was launched to much industry acclaim. Now regarded as the new standard in high-end desktop recording, it’s superior sound, build quality and professional connectivity has made it the first choice for producers, engineers and artists everywhere.

One year on, and RME have taken the Babyface Pro to the next level. The MADIface Pro retains the beautifully designed housing with its integrated XLR and analog I/Os, but has replaced the ADAT I/O with a MADI port. The result is 64 channels of pristine audio on a single cable on an interface that will fit in your laptop bag with your computer. 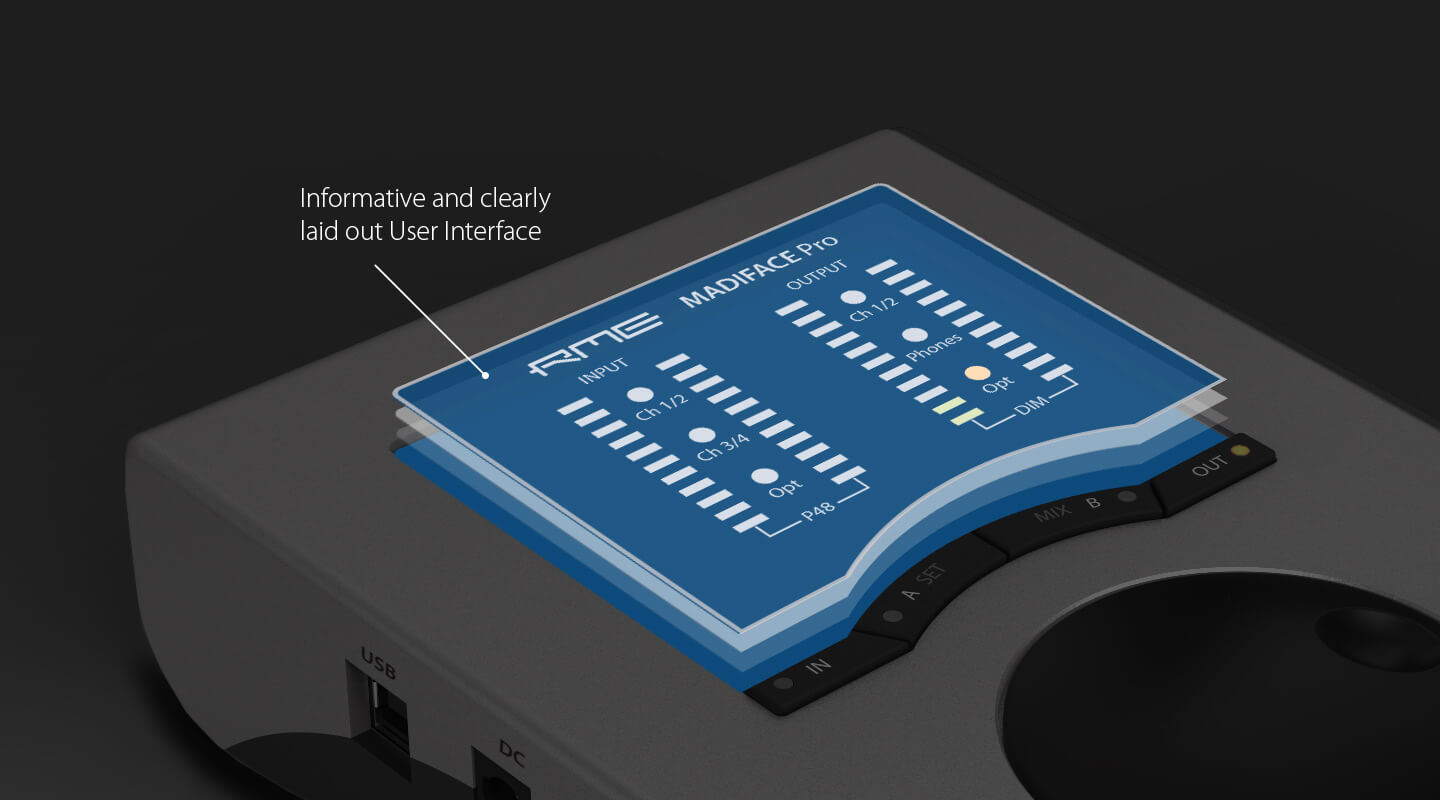 Two analog mic/line XLR inputs, two XLR line outputs, two universal TS inputs for line or instrument, and 2 stereo TRS outputs for low and high impedance headphones provide everything you need to work on your projects in the studio or on the move. TotalMix FX adds 3-band parametric EQs and reverb/ echo, plus unlimited mixing and routing options. A MIDI I/O completes the fully DAW compatible feature set. The unit operates USB bus powered and usually does not need an external power supply, unless the MADI I/O is used.

The optical MADI I/O offers 64 input and out channels, and sample rates up to 192 kHz. It is fully supported in TotalMix FX, with the analog I/Os simultaneously available, resulting in 68 channels input and 68 channels output over USB 2.

To address the increased power demand, RME has implemented a delayed start of the MADI transceiver on power-up, and an option to temporarily disable it when not needed. The MADIface Pro includes an external power supply with lockable connector.

Use your RME audio interface on Mac and PC with reliable, stable, and regularly updated drivers for our products. RME Audio develops its own interface core, it’s not dependent on 3rd parties for upgrades, modifications or bug fixes, so customers can use latest operating systems without interruption or delay."

When not connected to a computer, the MADIface Pro enters stand-alone mode. The easy to use control surface with dedicated buttons and four level meter bars, along with independent storage of all current settings have already become important workflow features for many existing Babyface Pro owners.

A very useful MADI monitor feature has been added to stand-alone mode. MADI channels 1 to 64 are passed unchanged from input to output (but refreshed by the MADIface Pro SteadyClock III). Optionally channels 1/2 can be replaced by the input signals 1/2, 3/4, MADI 1/2 or a user adjustable mixdown of all these channels. The analog outputs can be used to listen to any incoming MADI channel pair.

It’s RME’s ability to deliver professional performance over USB 2.0 that allows the MADIface Pro to record and playback 68 simultaneous channels, all with buffer sizes as low as 32 samples (lowest value depends on computer used). The MADIface Pro can be used in Class Compliant mode achieving 24 channels of I/O (4 analog, 20 channels MADI) on an iPad™. This truly professional and mobile solution can be easily set and controlled via RME’s optional iOS app TotalMix FX for iPad™, available in the App Store. 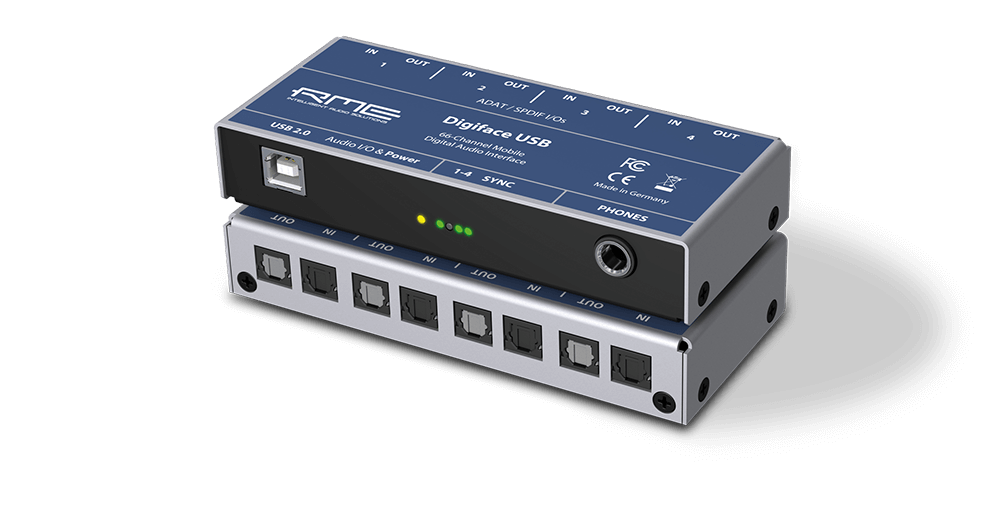 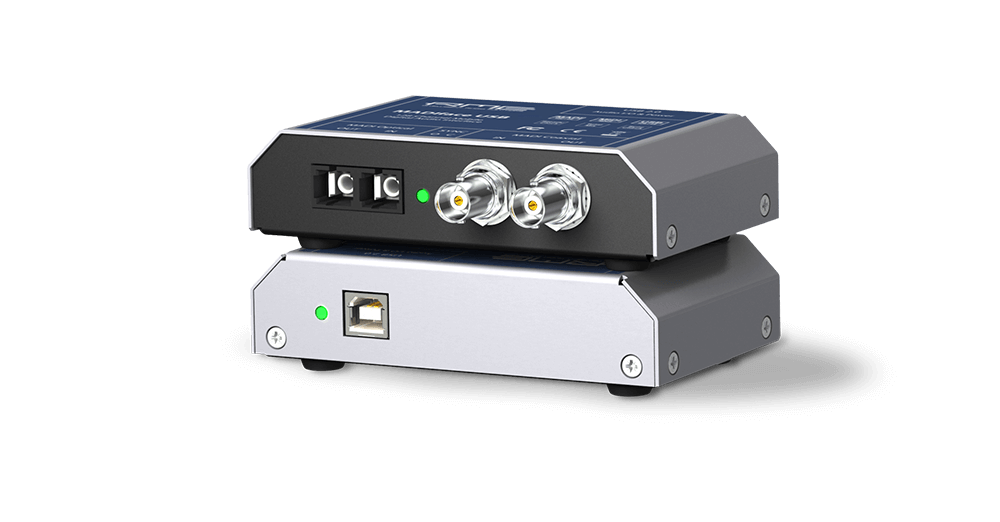 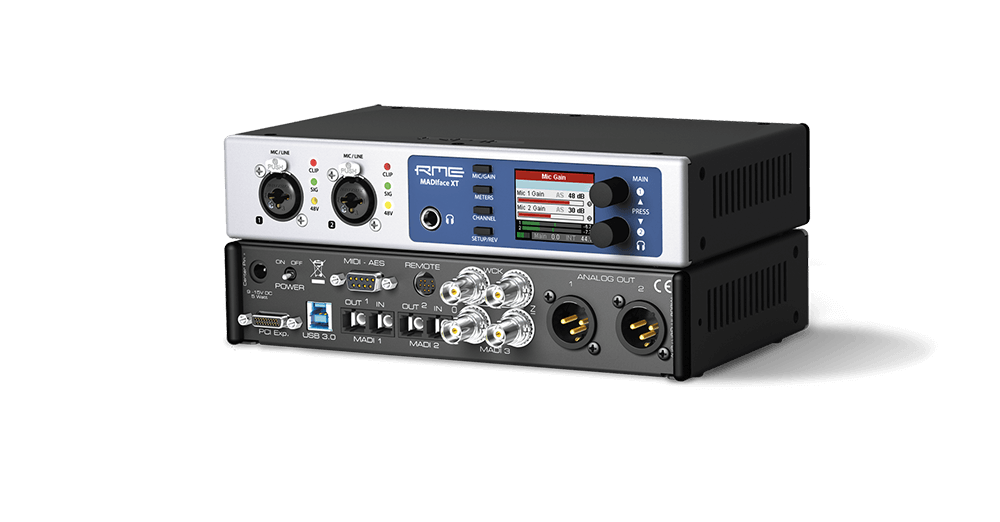 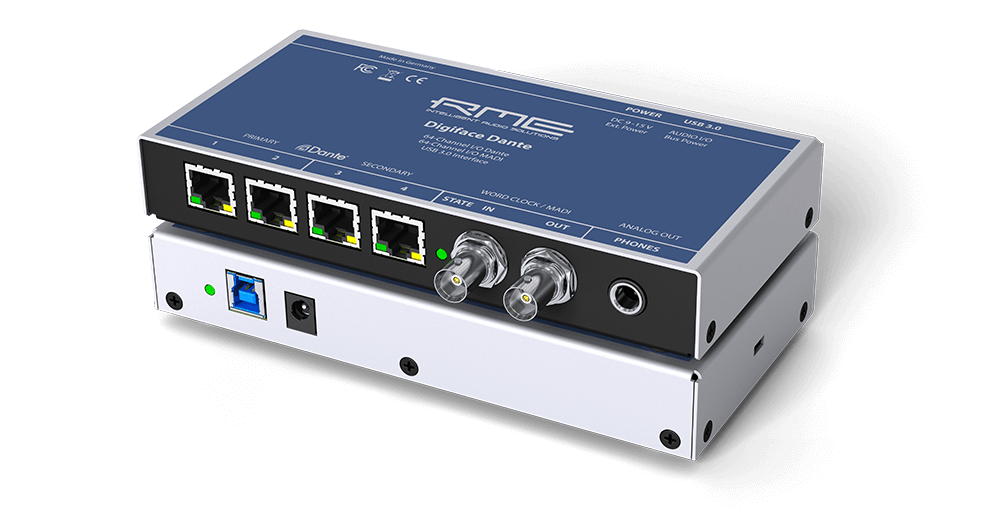 TotalMix Remote V 1.20 - App to remote control TotalMix FX via ethernet and WiFi from other devices with Mac OS 10.12 or up. Universal Binary, supports Intel and M1.  Please note: can not be run on the same computer where the host TotalMix FX is used. This download is not TotalMix FX, which is part of the driver installation.

TotalMix Remote V 1.20 - Program to remote control TotalMix FX via ethernet and WiFi from other devices with Windows OS (PC, Tablet). Please note: can not be run on the same computer where the host TotalMix FX is used. This download is not TotalMix FX, which is part of the driver installation.