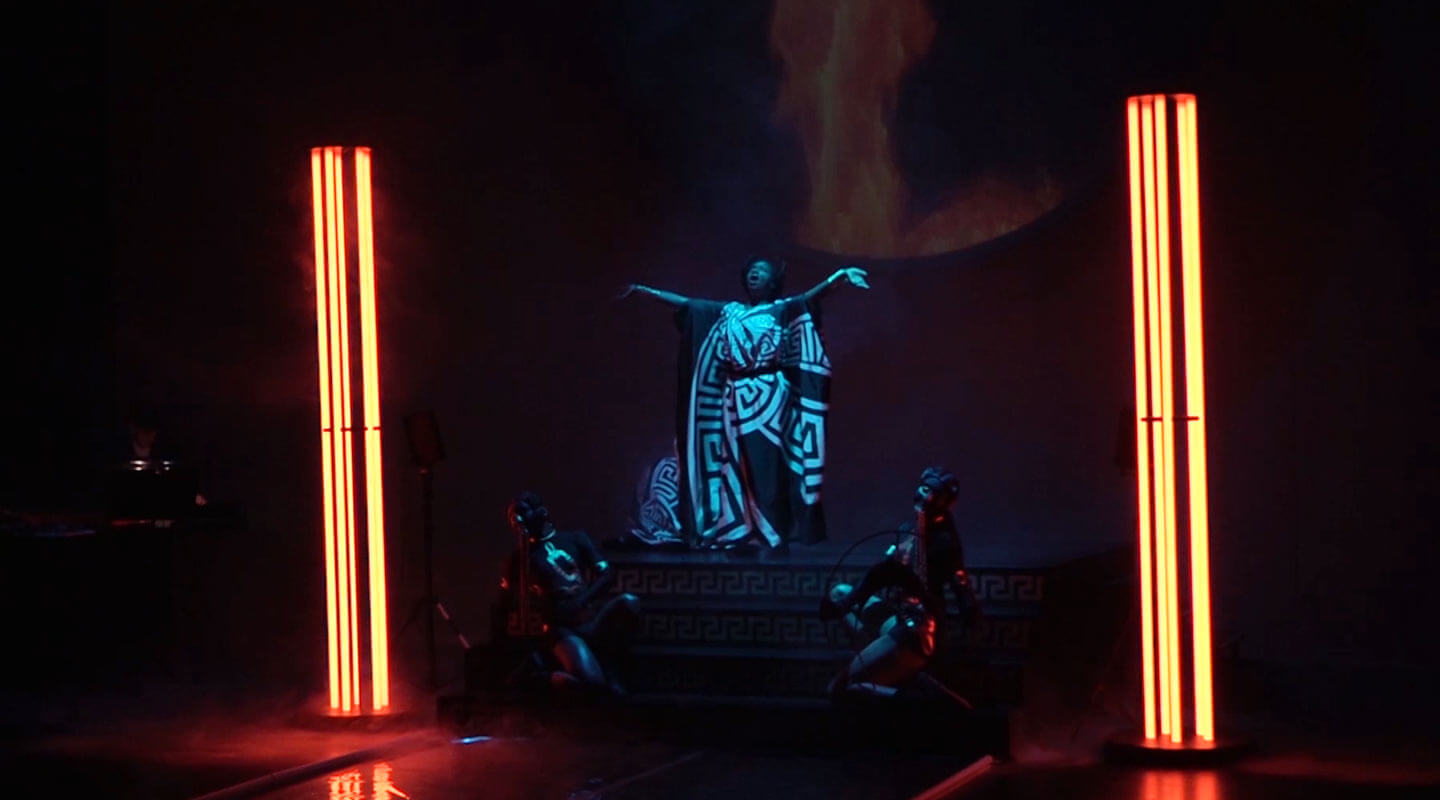 GIANNI is a musical theatre which premiered on October 1st 2016 at the Tischlerei of the Deutsche Oper Berlin.

The themes are desire and adoration, the promise of youth and beauty, the trappings of power and riches and auguries of unlimited sexual potency. Fashion can be defined as the presentation of the individual in an everyday setting, a presentation in which semblance merges with reality. It is also the international world of runways and supermodels. A designer will be hailed as the high priest of this world if he can promise to fulfil an existential expectation of happiness and do so in a way that appeals to the spirit of the times.

Gianni Versace was one such high priest, yet there have been few other cases of star designers where such a meteoric rise has been followed by such an abrupt and tragic end. His path from Calabrian tailor and buyer of fabrics to fashion empire mogul ended with his murder by male prostitute and serial killer Andrew Cunanan outside Versace’s villa on Ocean Drive, Miami.

A parable of Versace’s rise and fall using the format of a voguing ball, hosted by Amsterdam voguing queen Amber Vineyard. The GIANNI ensemble also features Alexander Geist, the new "Boy Hero" of Pop, soprano Claron McFadden and Seth Carico, a member of the ensemble of the Deutsche Oper Berlin.

To capture the shows as multitrack recordings was quite important. Merely for documentation and to be able to produce a great-sounding video of the show, but as well for Brandt Brauer Frick, collecting material for a possible live album recording of GIANNI. The input list had about 40 physical input channels, consisting of four vocal mics, piano, drums, an extended set of percussions as well 14 channels of electronics. Together with 8 FX return channels from within the console, the number of channels to be recorded raised to 48 @ 48kHz.

The in-house console was a Soundcraft Vi-1 which handles up to 64 channels, and the physical input channels as well as FX returns from within the console are all sent to the Madiface right after the head amp gain section and pre-processing, which is the classic "direct out" you want for a multitrack recording. 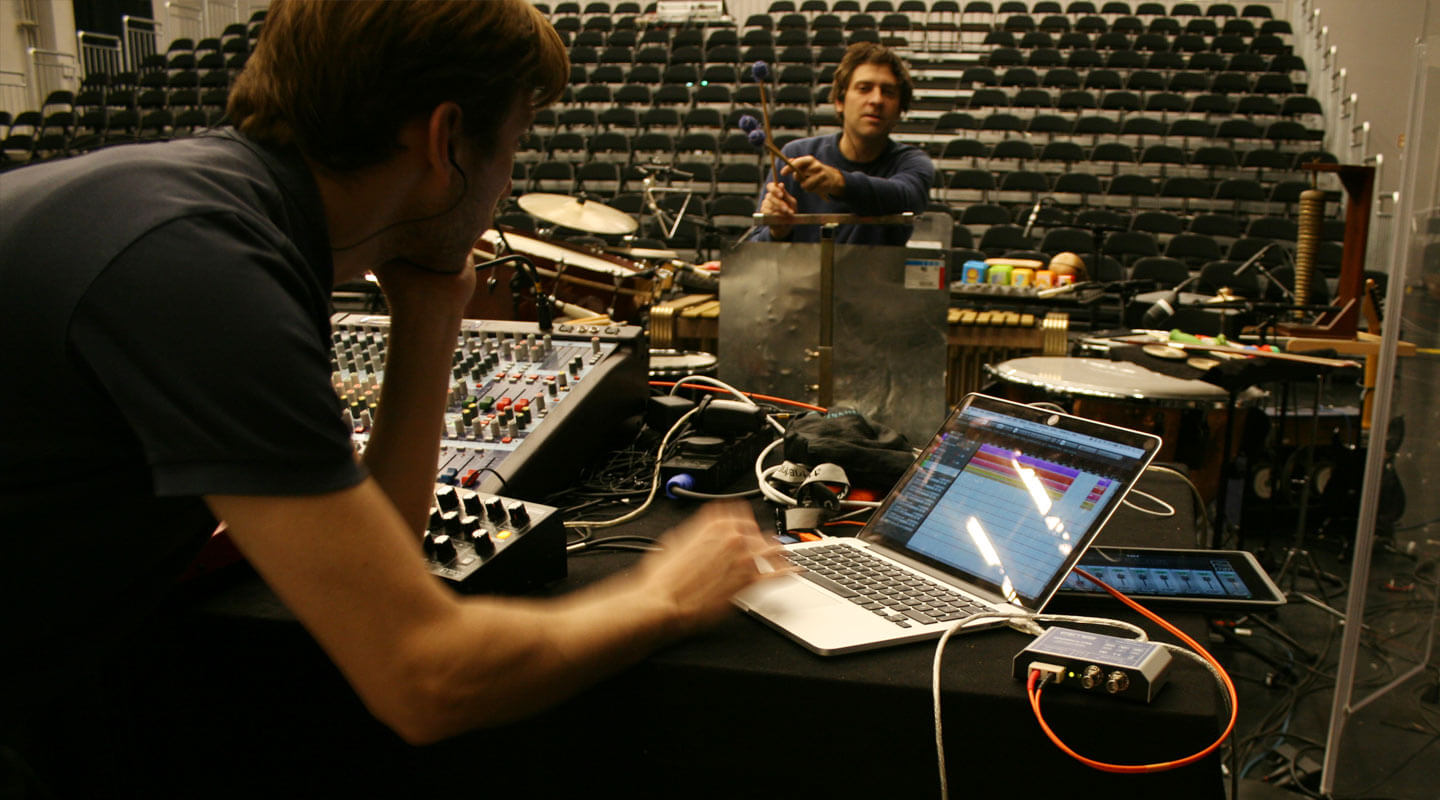 Record every single channel with only a MADI interface

The optical MADI interface for the Soundcraft Stage Rack was bought earlier by the Tischlerei for broadcast multi tracking, convincing me once more that MADI is the industry standard. So after I got that information from the in house sound engineer, I felt much better since I knew that I would be easily able to record every single channel with only a MADI interface. An analog routing would not have been possible due to the consoles limited analog outputs. This is why we decided for the RME Madiface USB to record GIANNI. The interface is easy to use, easy to carry and quickly set up, so I felt quite flexible during the whole production. Plug, patch, play!

The MADI Rack was placed right on stage right next to where I stand during the show. Before every show, I would connect the Madiface to my laptop and start Nuendo to do the recordings. Since I was using an 2 channel optical connection, the setup was immediately ready to play the recordings back into the FOH console, which became very handy for listening back to the takes during rehearsals.
Zurück